From Infection Challenges to Fertility Success! 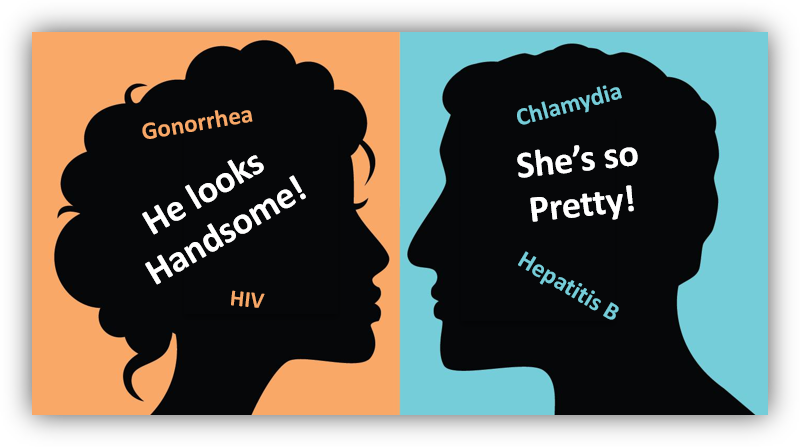 The thought of having an STI is often met by some sort of repulsion.

There is a feeling of guilt associated with it, sometimes people think about it as though it denotes some sort of sexual promiscuity.

In truth, that is quite far from reality. Studies have shown that about 1 in 2 people will get at least one STI or another in their lifetime. The lifetime risk of having Human Papilloma Virus (HPV) is 84.6% for women and 91.3% for men, this, from having even just one sexual partner. Thus, almost everyone will get some sort of infection during their lifetime. The difference is that for some it is barely noticeable whilst for others it has the potential to shape the rest of their lives.

There are many types of STIs, viruses, bacteria, parasites and more.

The most notorious for affecting a woman’s fertility potential is bacterial.

Sperm cells are deposited in the vagina; they begin a long missionary journey and travel through the cervix, up into the uterus and through the two fallopian tubes hoping to find an egg in one of those tubes. They fuse and form a little embryo and that embryo is transported by some tiny hairs back into the uterus where it implants and begins the 9-month journey.

A key part of this process is the fallopian tube…these aren’t just open pipes, one key function is played by some tiny hair-like structures within the lining of the tubes. These hair-like structures are called cilia and they help to transport the sperm, the eggs and the embryos. What those two notorious fellows do, is that they come into the fallopian tubes and destroy the lining, thereby killing off these tiny hair-like structures and irreversibly affect the ability of sperm, eggs and embryos to move freely within the tube, rendering them blocked. And with the fallopian tubes blocked, what we are left with are tiny sperm cells on one end of the tube and an anxiously waiting egg on the other side, and unlike the couple trying to have a baby these two fellows deep down within are simply never able to meet. It’s almost like a sad love story between the sperm and egg that want each other so much but can’t be together.

What do we need to do, to ensure that our gametes aren’t victims of this sad love story caused by blocked tubes?

For the younger ladies, yes, infections are common, but the notorious ones like Gonorrhoea and Chlamydia aren’t as common. You can never go wrong with safer sexual practices. The less unsafe sex you have, the less likely you are to have these infections and the less likely you are to have your tubes irreparably damaged by them. Equally important, is that these infections need some time to slowly destroy the cilia until there is nothing left. If they are caught on time, most likely there will still be enough tubal function left. It is absolutely important that once there is a sign of an STI, it is rapidly and energetically addressed and treated on time. Most tubal damage comes from untreated or poorly treated infections.

If the tubes are already damaged, all hope is certainly not lost.

There are certain myths that need to be debunked, one is attempts at flushing the tubes and the second is using medications to open them. Surgeries were done in the past but mostly failed. What you really need if you are in the category of tubal blockage is simply to have someone collect your eggs, collect the sperm externally and conduct an external marriage ceremony called fertilization. Putting the sperm and the egg together, completing the love story, to form an embryo. This embryo is then returned into the womb of the woman and 9 months later you receive your little bundle of joy. This is the process of In-vitro fertilization (IVF), which is basically completing the love story of 2 gametes that were always meant to be together, and no infection or its consequence can get in the way of having the children that a couple desires and certainly deserve to have.

The Role of the Fertility Nurse in Assisted Reproductiv...
You are What You Eat, Gentlemen!
The Art of Patience for Parents-in-Waiting
The Miracle of Conception by Proxy