Getting Pregnant with Tubal Blockage: Understanding your Options 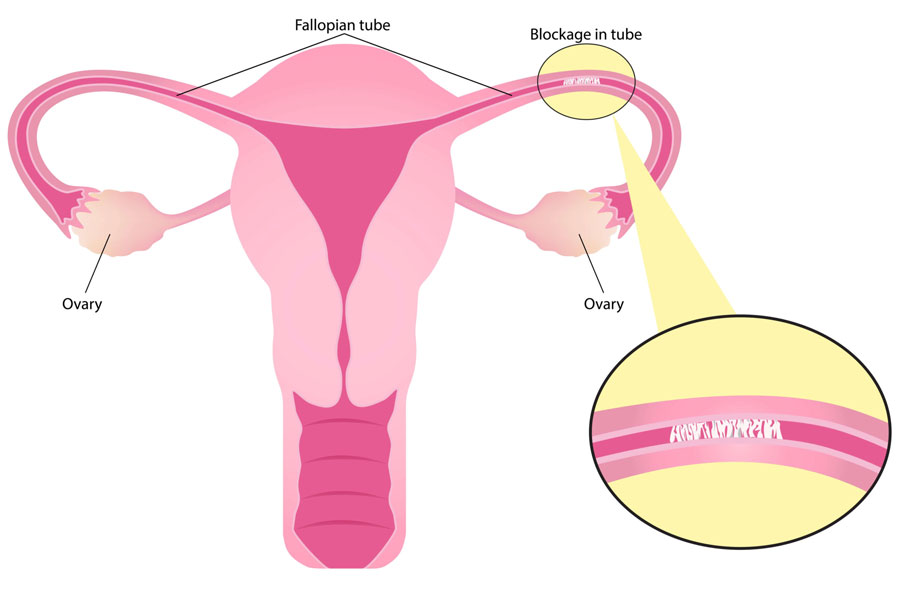 Infertility is one of the most emotional medical challenges. It typically whips up a lot of socio-cultural issues, particularly in this part of the world, with its attendant stigma that rips homes and families apart. It is said to occur when couples regularly having unprotected sex for at least 1 year do not achieve conception.

One of the commonest causes of infertility is tubal blockage, accounting for up to 30% of cases. Essentially, fallopian tubes must be open and have no swelling or scar tissue to perform optimally. With one healthy tube, natural conception is certainly possible. On the other hand, once both tubes are blocked the woman will require assistance in achieving conception. The commonest cause of blockage is pelvic inflammatory disease (PID).

This is often the result of poorly treated sexually transmitted infections that spread from the vagina to involve the fallopian tubes. The consequent effect is damage to the inner lining of the tubes and the formation of scar tissue. This sequence of events leads to rigidity of the tubes and the inability of the fan-like ends of the tubes to pick up eggs at ovulation and even when this does occur, the damaged tubes cannot move the fertilized embryo along to the womb and thus leads to tubal pregnancies. At the end of the spectrum is a complete tubal blockage that makes the egg and sperm unable to meet in order for conception to occur.

Did you know that tubal factor infertility was what spurred the development of the technique of In Vitro Fertilization (IVF), which led to the birth of the world's first IVF baby, Louise Brown in 1978?

Since then, IVF has helped millions of women with tubal blockage get pregnant.  It is important to note that the tubes can also be blocked from contraceptive procedures such as surgical sterilization and surgical removal of the tubes for tubal pregnancies. Blocking the tubes as a contraceptive method is meant to be permanent but the fact that so many women are returning for tubal reversal is a testament to the changeable nature of man. However, some people have a significant change in life circumstances, such as the loss of a child and new marriages. Despite having consented to permanent sterilization, up to 14% of women seek information regarding fertility options within 14 years of the procedure. Other causes of tubal blockage include endometriosis, miscarriages, and pelvic surgeries.

What are the options for couples with tubal blockage who desire a pregnancy?

The answer to that question is as varied as the couples asking it.  Many factors influence the treatment options that can be offered. Generally, the options are either surgery to unblock the tubes or IVF. Other factors to be considered will include; cause of the blockage, site of the blockage, and cost of the procedure.

For tubal blockage following a sterilization procedure, tubal reversal is done via a small abdominal incision or microsurgical techniques to restore the connection between the interrupted segments. Surgery becomes quite challenging when large segments of the tubes have been damaged by infection. This is usually the case when the tubes are removed for tubal pregnancies. In a limited number of women, tubal reconnection can be achieved by key-hole procedures such as hysteroscopy and laparoscopy, which are both advanced surgical techniques requiring a camera and light source. It must be noted that these interventions are not readily available in this part of the world and usually come at premium cost.  Another important consideration before tubal surgery is the fertility status of the male partner. Poor semen parameters may make attempts at tubal surgery unnecessary, as they rarely ever result in a successful conception.

Tubal surgery had been performed on women for many decades before the advent of IVF. Apart from the obvious success of IVF that rivaled and superseded natural cycle conception rates, the poor results following tubal surgery was already a strong discouraging factor. As IVF became more widespread with Intracytoplasmic Sperm Injection (ICSI) further expanding the frontiers of what was possible, tubal surgery dipped in performance and popularity.

IVF has been dubbed the greatest medical breakthrough of the last century and with good reason. It completely bypasses the tubes and ensures that even women born without tubes (of which some exist!) still have a chance of carrying a successful pregnancy.

The IVF process is a series of steps that starts with hormone therapy to stimulate the ovaries to produce many mature eggs simultaneously. Under ultrasound guidance, the eggs are retrieved with a specialized needle.  These eggs are then combined with sperm in the laboratory and nurtured for a few days as they develop into embryos which are then transferred back to the woman’s pre-prepared womb.  Injection of eggs with viable sperms (ICSI) is also used to achieve fertilization particularly in older women and those with male factor infertility. The events, which ordinarily occur in the tubes, thus occur in the laboratory, providing a bypass. All that is required are eggs, sperm, and a well-nurtured womb to carry the pregnancy.

These treatment options clearly offer women with tubal blockage the chance to fulfill their ambition of carrying a pregnancy in spite of the seemingly insurmountable obstacle of tubal blockage. Couples are encouraged to consult with a fertility expert from a trusted fertility centre to help find the best solution that addresses their own unique issues.

You may register to attend our free fertility forum taking place on 20th February 2021 to learn more. Contact the numbers below to book a seat today.

Can my Age affect my Fertility?
Overcoming Female Causes of Infertility
While Trying to Conceive, Exhaust All your Options
Fighting the Stigma on World Fertility Day!