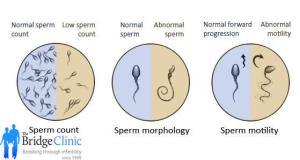 There are many reasons why a man may have low sperm count.

There are many theories about causes of infertility but the unfortunate fact is that for most men with abnormal semen parameters we are not able to effectively improve the sperm count in a way that will lead to pregnancy.